How we tackle communication issues as a remote company 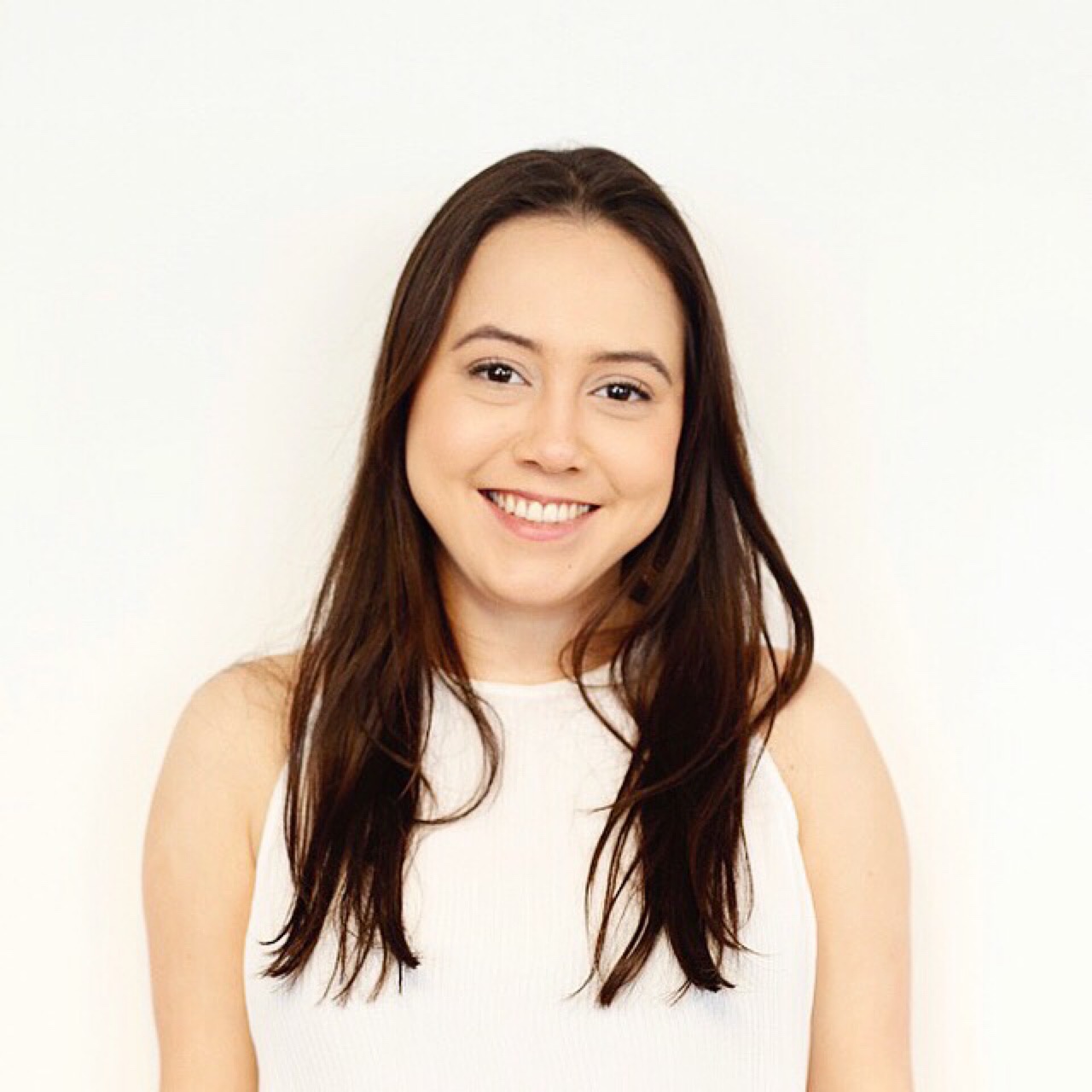 Senior Marketing Manager, responsible for all things content. When she's not working on organic marketing efforts, she enjoys watching documentaries. 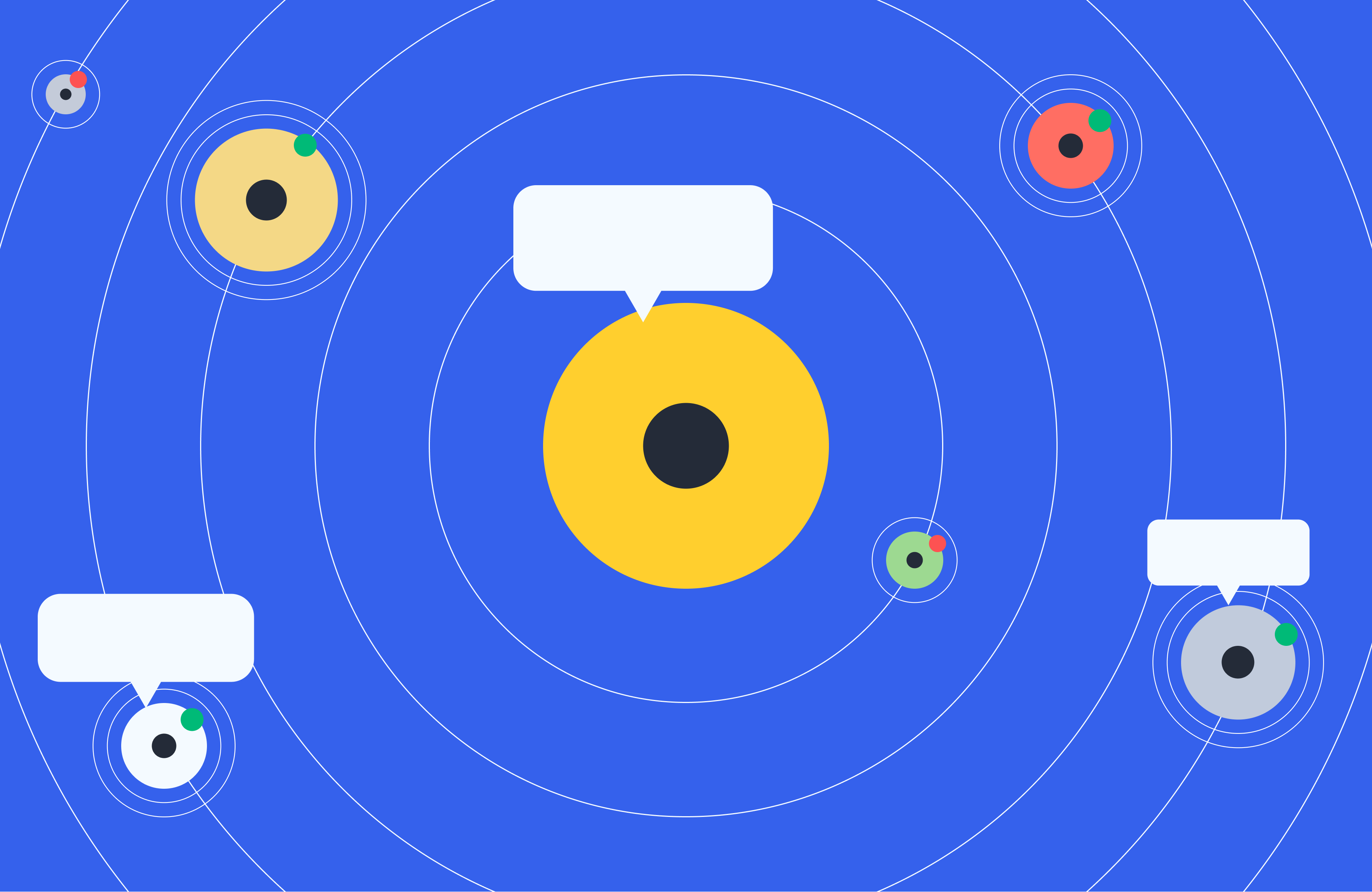 It's no secret that remote work has a lot of benefits. But as our team spreads across Europe, Asia, and North America, we know a thing or two about the challenges that come with the remote setup and the importance of good communication. We've learned that when things go wrong, it's usually because of a communication breakdown. But, through trial and error, we've also figured out some ways to make sure that doesn't happen. This blog post will outline how we tackle communication issues as a remote company and share some of the strategies we use to make sure everyone is on the same page.

There are plenty of advantages to working remotely, from increased flexibility in terms of working hours to working from anywhere in the world. However, perhaps the most appealing aspect of remote work is the ability to design your own schedule.

At Bird, you can work anytime you want, especially with our asynchronous work structure and minimal approach to meetings. So, for example, if you're a night owl, you can work later into the evening and sleep in a bit later in the mornings. Or, if you have young children at home, which some of our team members do, you can take care of them during the day and then work once they're in bed.

That aside, we believe that it's still nice to go into the office sometimes to meet people. Therefore, our full-time employees can create their own coworking contract to get a bit of social interaction, and we will reimburse their costs.

Challenges we learned about remote working

Remote work is really a balance of positives and negatives. While we believe that remote companies or the remote way of working have so many benefits, it sure has some real downsides to it. For example, one of the biggest challenges of remote work that we experience here at Bird is staying connected and up-to-date between departments. Sure, we have Slack on the communication front, just like many companies today. But we still experience communication hiccups, especially when it comes to cross-department sharing —  a thing that we are constantly trying to address.

So to address that, we've created a channel called #highlights, where people can share the things they've been doing that they think would be interesting to the whole team anytime they want. But with that, we noticed that often the highlights shared are just lacking depth. And through that, we started AMAs or Ask Me Anything sessions, where we book a time (usually an hour) where anyone can volunteer to dive in a bit deeper into exciting, interesting, or challenging stuff they've been working on to give a fuller picture.

Another downside is the human side or lack thereof. Everything is less human with remote working. People are trying to find ways to make their working environment more human, but it's hard to do this in this organic way. It's sort of like as if we lost the serendipity — the serendipity of running into people, being able to overhear floating conversations, enjoying conversations, or simply being able to leave a conversation subtly. You can't do that with remote working.

The culture or work dynamics for remote working are vastly different and need constant fine-tuning. And many companies that started operations during Covid don't have any foundation to build upon. With remote working, many reference physical or in-person work, but they're very different. And we think that's where the trickiness comes into play. And this is something that we're constantly still working on here at Bird. We're going to list out some communication issues that we believe are pretty common in remote companies like Bird.

Issue #1: insecurities within the team

In a real-world setting, people are usually actively engaged with each other. They see each other, and they know what the other is doing. Whereas in Slack, you tend to lose that sense of knowing what others are up to. This can give people a sense of insecurity. And sometimes, the response to this insecurity is management wanting to keep better track of whether someone's working. On the staff side, people become even more anxious to show what they're working on. Some may end up actively spending time on Slack to show that they're "working," but that has the negative effect of spending all their time on Slack rather than doing actual work.

Our solution to issue #1

The first thing we had to kind of change, for example, was to get away from this notion of synchronous working when you're in an office. We have to move towards asynchronous working, which means that you're going to be working on something, but you're going to work on it in your own time. Secondly, it is to not do things in "real-time." For example, suppose you ask a teammate a question. In that case, you shouldn't expect an immediate response but rather keep in mind that they will respond to your question in their own time. What if it's an urgent matter, you ask? Then you can tag people or call and get ahold of them. At Bird, if you don't do that, it's assumed that the other person doesn't need to respond to you right away.

Issue #2: getting lost in the noise

Picture yourself in a room having a conversation in real life. It would be rude just suddenly to leave, wouldn't it? Or you could say your piece, say "Bye", and excuse yourself. But unfortunately, you lose this kind of thing in Slack or when you are part of a Slack channel.

You associate Slack groups with a real-life scenario of being in a room with a bunch of people. You'd feel that it would be rude just to leave a group unannounced. This results in people feeling precious about leaving channels, even those you don't necessarily need to be part of. This results in you receiving too many notifications and not getting work done because you feel the need to respond to all of them.

Our solution to issue #2

Here at Bird, we assume that every channel is disposable and that anyone can leave at any time. Relevant people will be invited to relevant channels. Once they’re done being part of a conversation, they’re encouraged to leave the said channel to minimize distractions.

An interesting thing that happened at Bird is that we found people gradually stopped writing messages out of worry of disturbing others. A person will then have a private discussion over Slack, where they then realize that they need to loop more people in. So a new group gets created, and the initial person would have to repeat all the points from the initial discussion — a complete waste of time.

Our solution to issue #3

To tackle this one, we had to flip our assumptions again: anyone can post anything at any time, and it’s the reader’s responsibility to mute notifications or ignore messages. This gives our team the option to ignore irrelevant messages, not reply to texts unless they’re tagged, and in general, to do things on their own time.

How Bird uses Around for video calls

Initially, like many early-stage startups, we used Google Meets for video calls because 1.) it was free, 2.) whenever you create a calendar invite Google automatically creates a link to a video call by default — it was hard not to use that for starters.

But we quickly realized one annoying quirk: when you’re sharing your screen, you can’t see anyone else anymore. We find this annoying as we think it’s important to gauge people’s reactions when presenting something. So, with that, we switched to using Around for video calls.

Around comes with pretty neat features, from in-call reactions (giving your colleague the thumbs up during their feature walkthrough), GIF reactions, and sounds to play (imagine an audience cheering sound playing after your founder closes another funding round). These small things humanize the already minimal face time that we have at Bird and video calls interactions in general, which so far fundamentally have not been that human.

We found it funny how Slack’s huddle feature is more of a game-changer for us although they’ve literally had a video core function probably since day one. It's perhaps one of the most used methods of communication within our team. We also think it's a brilliant example on Slack's behalf in repurposing features you have. Instead of continuously building new features, one can take an existing one and reframe it differently. For us, Huddles are simple, fast, and straightforward — a core value embedded within our product. 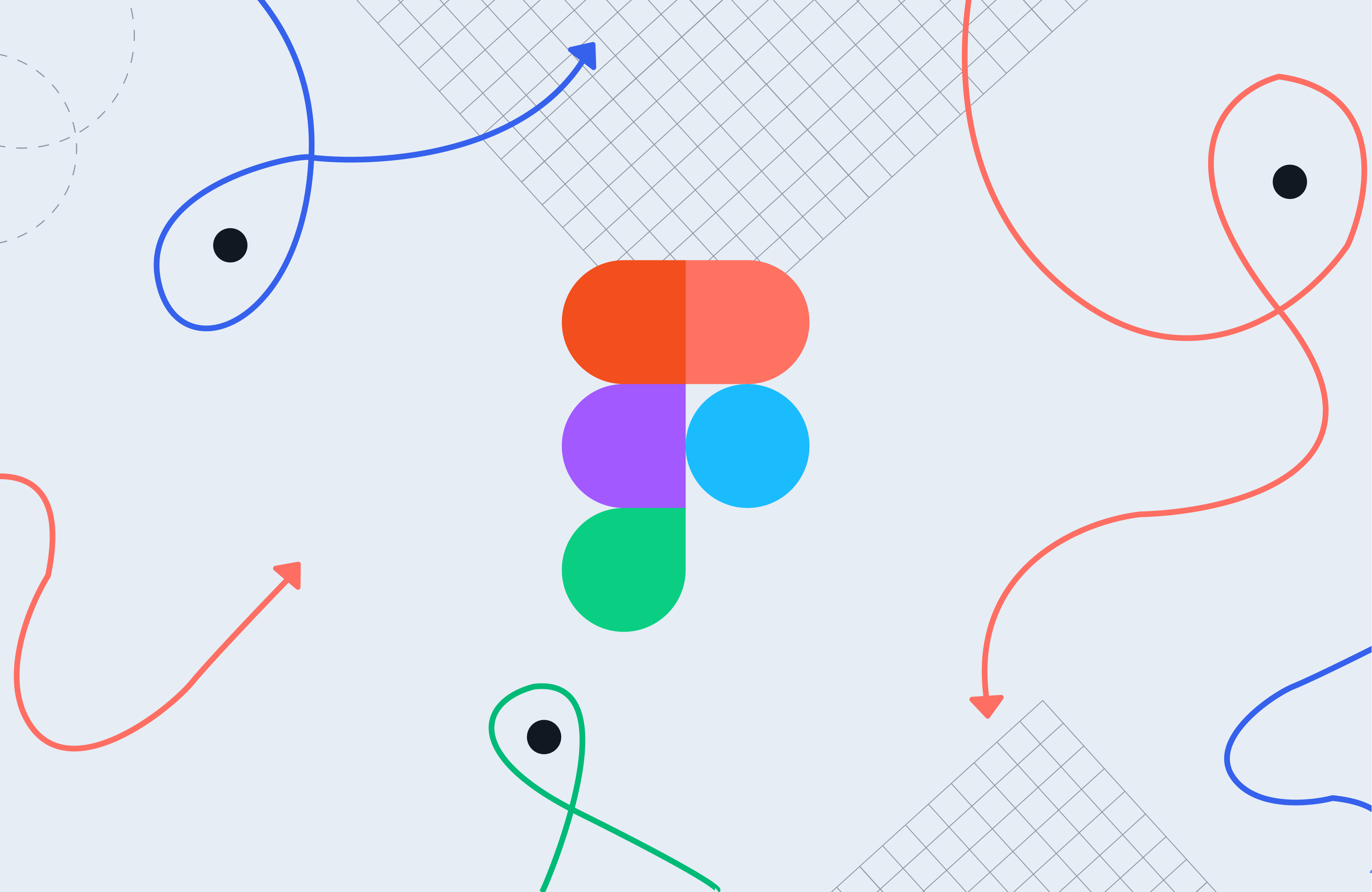 In this blog post, we'll explain how our product team uses Figma to prioritize features and show you how you can do the same for your team. 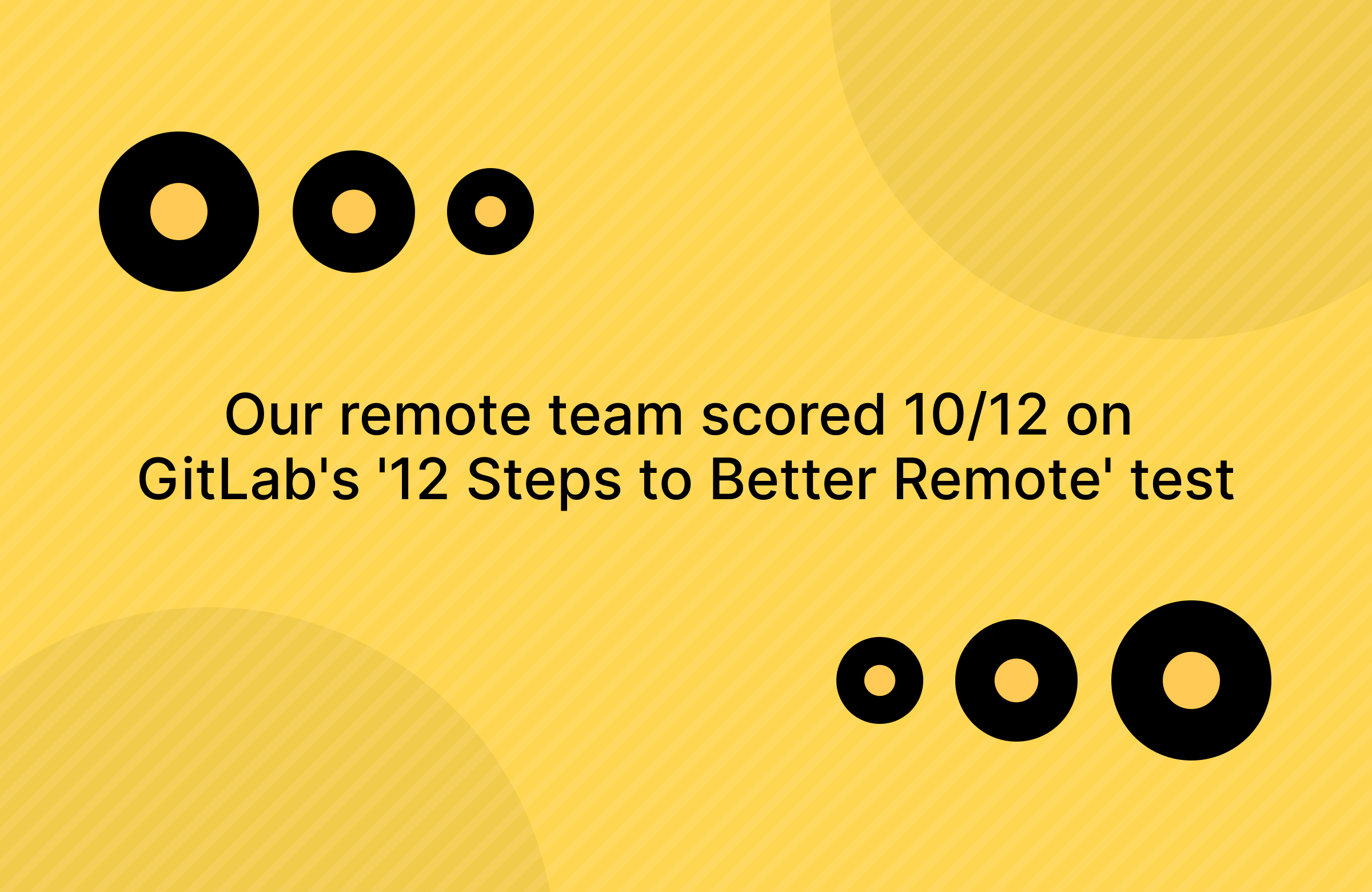 Check out how we scored 10/12 on GitLab's 12-step test for better remote teams, and see how your company measures up. 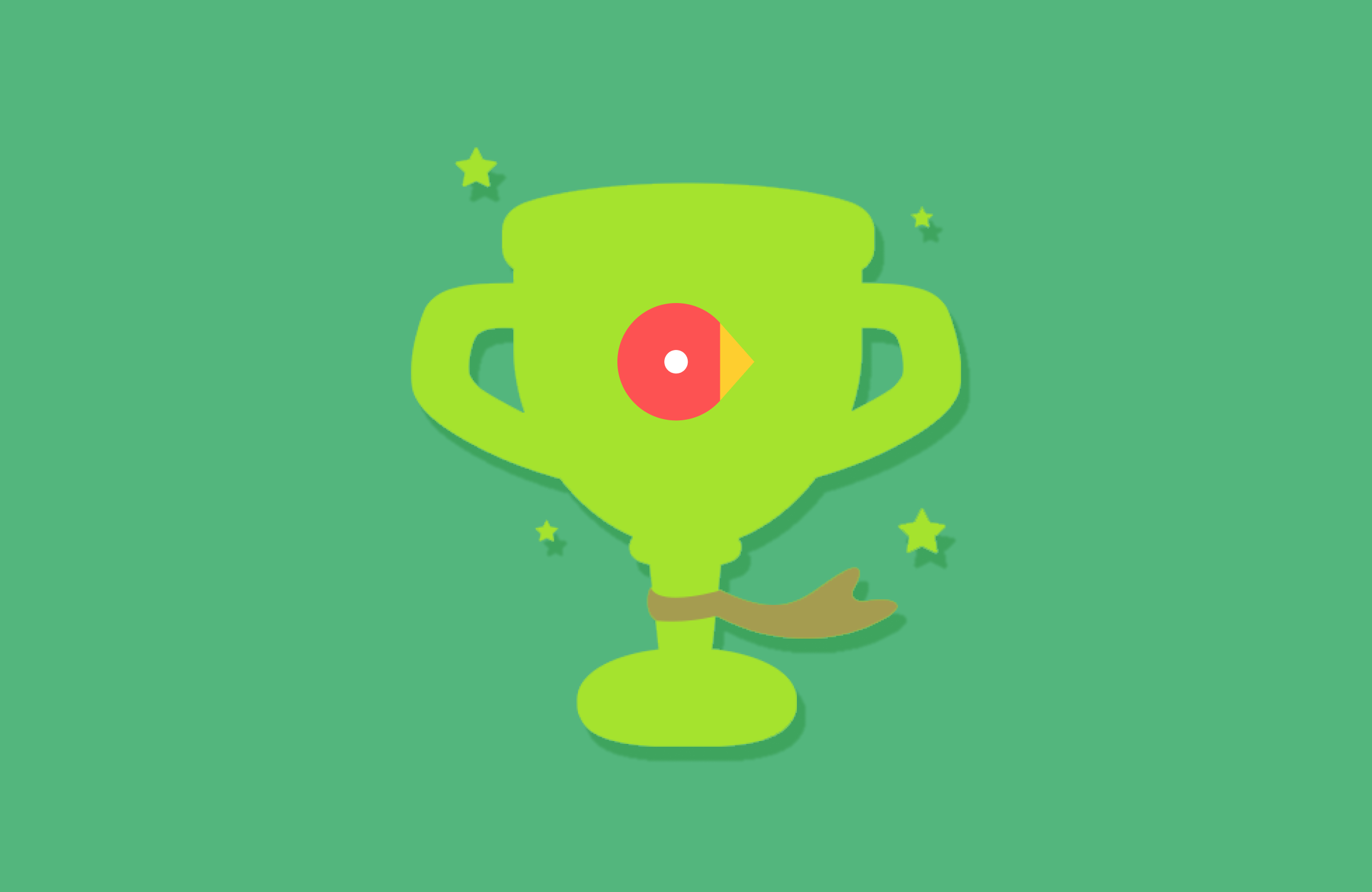